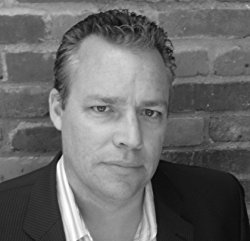 Dan Ames is an international bestselling author and winner of the Independent Book Award for Crime Fiction. His books have been #1 on mystery and crime fiction bestseller lists in both the United States and abroad.

Dan is a hybrid author, self-publishing as an indie as well as being published by Thomas & Mercer and Lake Union Publishing.

We discuss that as well as his writing process, novels, and the challenges and changes in the indie publishing industry these past five years or so and a lot more (including what happened when he wrote a letter to the legendary Elmore Leonard).

Dan’s father was a Louis L’Amour and Zane Grey westerns so their work was an early influence, but it was Thomas Perry’s The Butcher’s Boy that had the big impact on Dan’s writing and the impetus for him to start writing crime fiction.