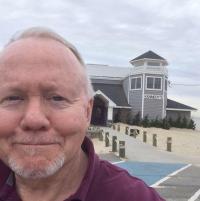 Thomas O’Callaghan’s work has been translated for publication in Germany, Slovakia, Indonesia, the Czech Republic, China, and Italy. As an internationally acclaimed author, Mr. O’Callaghan is a member of both the Mystery Writers of America and the International Thriller Writers associations.

A native of New York City and a graduate of Richmond College, Mr. O’Callaghan resides with his lovely wife, Eileen, a stone’s throw from the Atlantic Ocean in beautiful Belle Harbor, New York. His debut novel, BONE THIEF

, the second in the John Driscoll series, was republished by WildBlue Press on May 5, 2020. The third book in the series, NO ONE WILL HEAR YOUR SCREAMS

, was released by WildBlue Press on May 9, 2020. From thomasocallaghan.com 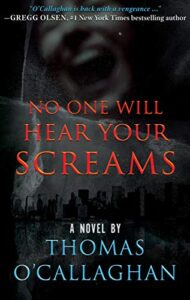 Other Books by Thomas O’Callaghan

Movies and TV shows that have influenced the writer: Silence of the Lambs

the true crime book about the Charles Manson murders. Listen to the interview to learn how this book influenced us both.