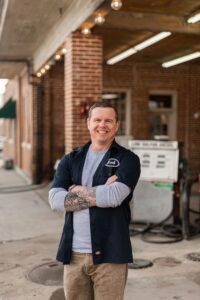 Joshua Hood is the author of The Treadstone Resurrection

Before becoming a bestselling author, Joshua joined the army after graduating with an English degree from the University of Memphis. He spent five years in the 82nd Airborne Division, becoming a team leader in the 3-504 Parachute Infantry Regiment in Iraq from 2005-2006 where he conducted combat operations in support of Operation Iraqi Freedom and was decorated for valor in Operation Furious Pursuit in Afghanistan.

On his return to civilian life, he was a sniper team leader on a full-time SWAT team in Memphis, TN, where he was awarded the lifesaving medal for saving the life of a civilian with quick, creative, and resourceful instincts.

He quit SWAT and the Police Department the very day his son was born, knowing he couldn’t bring that “trash” home to his family. Hood now lives in Collierville, TN where he is a full-time author. He is married to Amy, (who’s clearly out of his league!) and is frequently outsmarted by his toddler, Jake.  (From JoshuaHoodBooks.com.)

Joshua Hood is the author of the Search and Destroy Black Ops thriller series, Clear by Fire

and The Treadstone Resurrection

During the interview we talked about his military service, writing about his combat experience in his novels, PTSD, his writing process, writing in the Robert Ludlum universe, and a lot more. 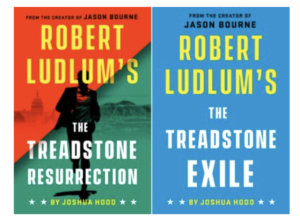 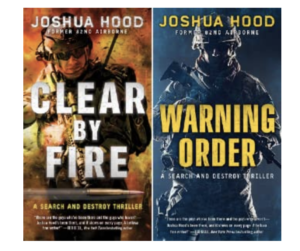 (resource book for getting published/finding an agent)